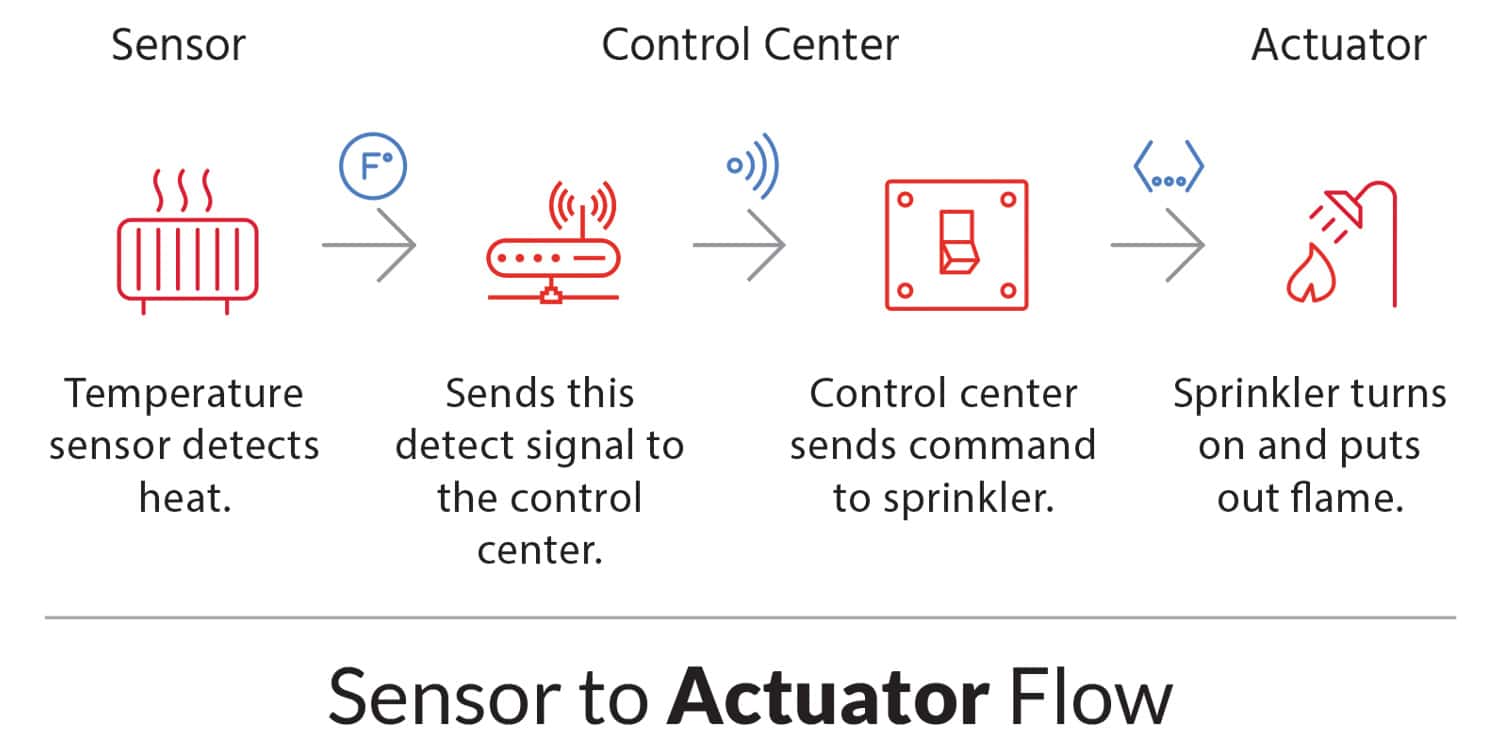 The Internet of Things is a major contributing factor of the new Data Economy. The value of an IoT system goes beyond the original intended use case, for instance in automation. This is because further value lies in the intelligence that an IoT system creates. Sensors are the source of IoT data. Furthermore, sensors and actuators in IoT can work together to enable automation at industrial scale. Finally, analysis of the data that these sensors and actuators produce can provide valuable business insights over time.

Driven by new innovations in materials and nanotechnology, sensor technology is developing at a never before seen pace, with a result of increased accuracy, decreased size and cost, and the ability to measure or detect things that weren’t previously possible. In fact, sensing technology is developing so rapidly and becoming so advanced that we will see a trillion new sensors deployed annually within a few years.

A better term for a sensor is a transducer. A transducer is any physical device that converts one form of energy into another. So, in the case of a sensor, the transducer converts some physical phenomenon into an electrical impulse that determines the reading. A microphone is a sensor that takes vibrational energy (sound waves), and converts it to electrical energy in a useful way for other components in the system to correlate back to the original sound.

Another type of transducer that you will encounter in many IoT systems is an actuator. In simple terms, an actuator operates in the reverse direction of a sensor. It takes an electrical input and turns it into physical action. For instance, an electric motor, a hydraulic system, and a pneumatic system are all different types of actuators.

In a typical IoT system, a sensor may collect information and route to a control center. There, previously defined logic dictates the decision. As a result, a corresponding command controls an actuator in response to that sensed input. Thus, sensors and actuators in IoT work together from opposite ends. Later, we will discuss where the control center resides in the greater IoT system.

There are many different types of sensors in an IoT system. Flow sensors, temperature sensors, voltage sensors, humidity sensors, and the list goes on. In addition, there are multiple ways to measure the same thing. For instance, a small propeller like the one you see on a weather station can measure airflow. However, this method would not work in a moving vehicle. As an alternative, vehicles can measure airflow by heating a small element and measuring the rate at which it cools.

Different applications call for different ways of measuring the same thing. At the same time, a single variable could trigger multiple actions. As a result, sensors and actuators in IoT must work together reliably.

The Importance of Accurate Sensors

Imagine that you are a bar owner and you want to measure the amount of beer coming out of one of your taps. One way you might do this is to install a sensor in line with the line that runs from the keg of beer to the tap. This sensor would most likely have a small impeller inside of it. When the beer ran through the sensor, it would cause the impeller to spin, just like the propeller on a weather station.

When the impeller spins, it will send a stream of electrical impulses to a computer. The computer will interpret the impulses to determine how much beer is flowing through. Sounds simple, right?

This is where sensors get interesting. If you look back at our description, you’ll see that we never directly measured the amount of beer flowing through the sensor; we interpreted it from a stream of electrical impulses. That means that we must first figure out how to interpret it.

To calibrate the sensor, we’d have to take a container with a known carrying capacity, say, a pint glass. Then we’d have to fill that container under a variety of conditions to determine what the electrical pulse signal looked like. Then, monitor the actuator that is responsible to turn on and off the flow on the other end.

For instance, the first pour off a new keg might tend to have more foam, which would read differently than a pour from the middle of the keg that was all beer. It’s only through repeated trials and a lot of data that we gain confidence that we can interpret the data. Sensors and actuators in IoT can work together to automate processes, such as filling bottles.

The Importance of Accurate Calibration

With this correlation identified, a protocol can always assure the sensor is reading correctly. This process is calibration. Reputable manufacturers will deliver fully calibrated devices and provide instruction on how to re-calibrate to verify sensor accuracy.

The accuracy of sensed data is paramount, since you will make mission-critical decisions based on later analysis of the data, which will hold little value if the data is wrong.

Sensors and actuators in IoT work together like bookends. Once you have your device engineering completed, you will be ready to prototype your IoT System which is most effective with an IoT cloud solution that can ingest device data and provide a way to query or visualize the data. Bridgera IoT is a cloud platform and a service that allows companies to produce something quickly that works, without the compromise of a poorly built back end or generic UI, therefore enabling a more meaningful demonstration and supporting a more effective test/validation effort. Then, most importantly, converting right into a highly scalable model when ready.