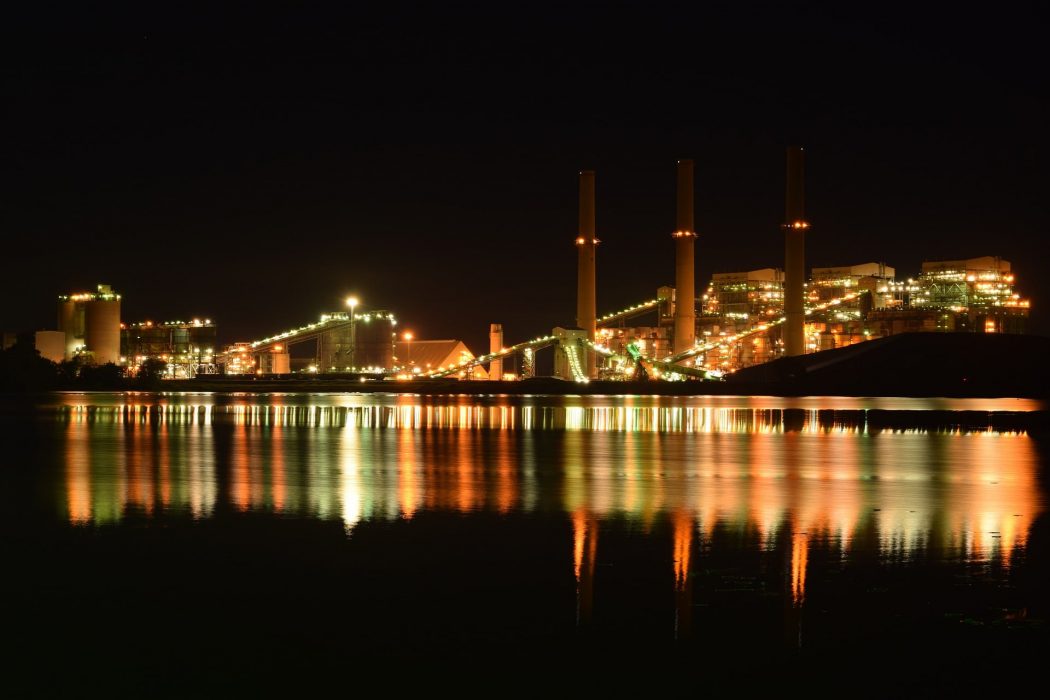 While the Internet of Things (IoT) is relatively new, IoT has already helped companies from a wide variety of industries come up with innovative solutions for problems (See IoT and Emergency Services: Saving Lives with Software). Manufacturing is no exception.

Manufacturing is one of the fields where IoT has the greatest potential for impact. In fact, it has its own name (Industrial IoT or IIoT).

We are already seeing a huge impact on worker safety and operational efficiency in facilities that are implementing industrial IoT solutions. Despite this, 43% of manufacturers either don’t understand IoT or don’t know about it. IoT is something that smart manufacturers can’t ignore if they want to remain competitive in the rapidly changing industrial landscape.

How Can Industrial IoT Help?

This article will go in-depth into the ways that IoT sensors and software working together can provide solutions to improve both safety and efficiency. We’ll start with the specific theoretical ways that IoT can help factories, and then we’ll get into some examples of this in action.

First, implementing IoT solutions can dramatically increase the efficiency of an operation. IoT can improve the efficiency of machinery by tracking performance and predicting failures ahead of time. This allows for preventive and routine maintenance that largely eliminates unplanned downtime. Thus, the machines have more up time and man hours aren’t wasted trying to fix unexpected failures.

The most important function of industrial IoT is to make the workplace safer. As you’ll see, many companies are implementing new technologies that are increasing worker safety by tracking their vitals and making machinery safer to work with. Minimizing workplace injury also helps optimize operational efficiency.

How Has IIoT Helped?

These changes will improve the productivity of a factory or plant, increasing their bottom line and making both management and employees happy. Luckily for us, there are many excellent examples where industrial IoT has already worked its magic. Now we can look at some specific instances in which adopting IoT technology has helped manufacturers in the above ways.

Intel believes that industrial IoT improves every aspect of running a workplace. “On the industrial level, the Internet of Things revolution not only connects the unconnected to maximize operational efficiency, but also dramatically improves the way people work by connecting them directly to their work environments.”

In the spirit of improving efficiency and safety, Intel worked with Honeywell to create the Honeywell Connected Worker, an IoT based worker safety system based on a network of sensors and an easily-accessible mobile information hub. Workers wear sensors that monitor heart rates, activity, gestures, toxic gasses, and other factors impacting worker safety. The mobile hub allows data to be processed locally and monitored by both remote operators and the workers themselves.

With a cutting-edge combination of data-gathering sensors, real-time analytics, and processing software, Intel and Honeywell are transforming workplaces. By connecting workers directly to their environments, factories can not only make workplace safer and more modern, but improve their bottom line.

Another case of wearable technology helping improve worker conditions comes from a construction firm in Australia. The company is using smart helmets equipped with sensors to monitor worker safety. The helmets upload the collected data to the cloud where Microsoft Azure and Microsoft Power BI analyze it. 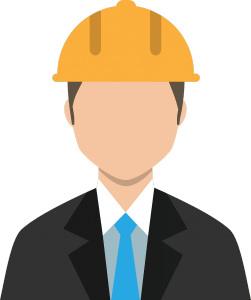 Supervisors can use the data to determine if the worker has heatstroke, which is a serious risk in Australia’s climate. The sensors monitor the temperature and heart rate of the wearer as well as the outside temperature and humidity. When the wearer is close to heatstroke, the helmet emits a warning sound that alerts the wearer. It can also wirelessly report the information to a supervisor.

These cutting edge uses of IoT technology are just a couple of examples of the many way that industrial IoT connecting workers directly to their environments in a successful effort to make the workplace safer and more efficient.

The group of workers most in need on safety advances are miners. While mining is vital to the world economy, the industry has had challenges with falling prices and attracting skilled labor. Industrial IoT has been helping solve those problems by doing what we’ve already seen: improving safety and efficiency. 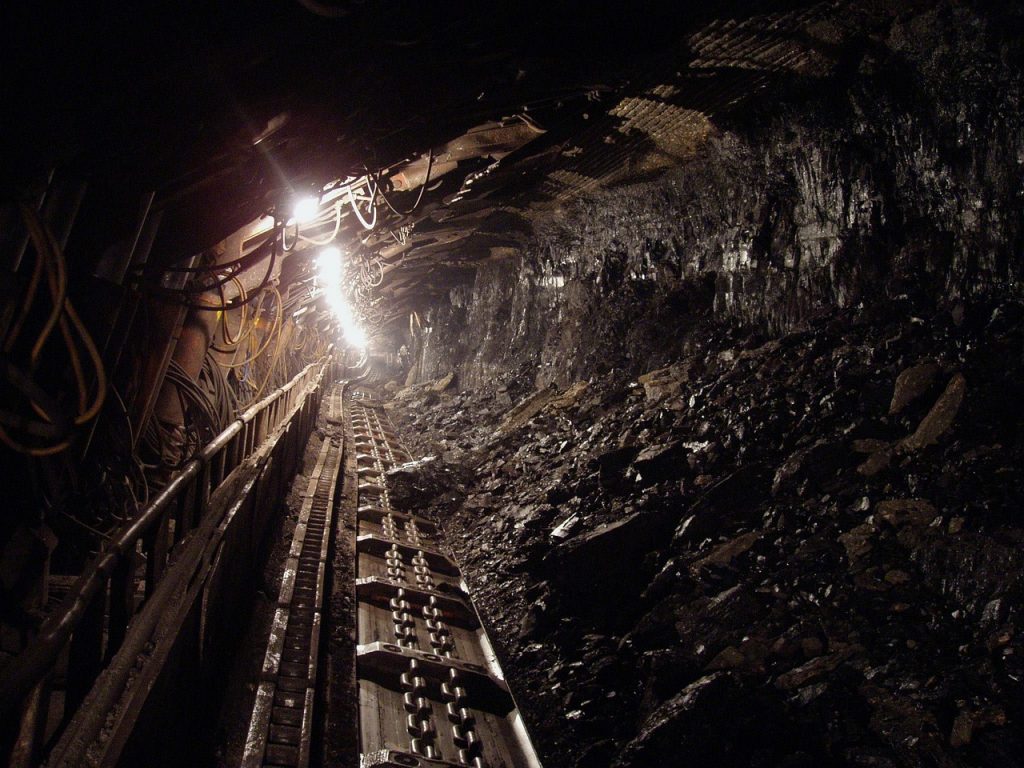 As outlined in a report by MaRS, IoT has already been modernizing the mining industry. From self-driving trucks to drones, mines are using cutting edge technology and software for a wide range of functions. For starters, automation decreases the number of workers needed and has machines perform hazardous jobs instead of humans. Like in other industries, supervisors can use wearable sensors to track miners’ movements and the movements of machinery to avoid collisions. Remote control of machines can assist both with safety and efficiency, allowing supervisors to shut down machines that are not in use to prevent wasted fuel and other resources.

Prominent mining companies are seeing results with safety and efficiency. Dundee Precious Metals has seen impressive boosts in production in their gold mine in Bulgaria by using IoT software to track and analyze real-time data that sensors collected all over the mine. In order to “take the lid off the mine,” the company implemented IoT solutions that allowed supervisors to “see” what was happening inside by tracking worker locations, automating controls of buildings and machines, and managing every detail of production using cutting edge software. In a stunning turn-around, the mine increased production from 0.5 million to 2 million tons annually.

Now let’s look at an example of a product that helped several factories increase the productivity of their machines. A report from Cantech Letter talks about the MEMEX Merlin, software that is connecting management to machines directly, so they can monitor real-time performance. This has helped companies like Magellan Aerospace, Rose Integration, and others cut their costs and improve the performance of their machines. By allowing supervisors to predict when machines would fail, they could plan preventative maintenance, thus decreasing critical failures and downtime.

Due to MEMEX, Magellan Aerospace raised their overall equipment efficiency (OEE) from 36% to 85% using MEMEX Merlin. They reduced their machinery’s downtime from 400 to 100 hours per month. Rose Integration used MEMEX Merlin across their whole plant, and increased OEE from 40% to 82%.

How Can I Implement IoT Solutions?

Now you know the importance of industrial IoT and how it can benefit manufacturers. You need a strategy for bringing your business up to speed with the IoT revolution. It can be difficult to know where to start, but the following steps make the process easier.

You need to have a clear vision for what you want out of IoT. You need to know your factory’s weak spots and what needs improvement. There also needs to a be a thorough understanding of what adopting IoT entails, which requires a lot of research.

Your company also needs to come up with an initial plan. This doesn’t have to be extremely detailed or final, just a well-thought out idea. Every department needs to be on board and committed to making the transition work.

After you’ve worked on your plan, the next step is to consult with experts about how to develop a strategy for implementing your plan which often starts with a device strategy. Here is a high level overview of the technical aspects of IoT that you must consider in your implementation plan, Behind the Scene with IoT.

Once you have your device, you need to build the software to support it. If you don’t have a team of experienced and innovative IoT software developers on hand, find a partner that does.  Bridgera for example provides IoT software that leverages a platform and custom services to accelerate IoT projects without forcing you into a once size fits all solution. Bring your IoT idea, specify a device strategy, and Bridgera will develop a custom solution wrapped around a robust IoT platform.

Once you have your device and your software, the last step is to launch your new industrial IoT solution. It’s time to reap the rewards of your hard work. As an article by the BBC says, “Get an adoption plan in place and start moving forward on the IIoT now. This race will not be won by the laggards.”

Get involved with industrial IoT today. Leave us a comment or question. We’d be happy to hear from you and discuss options for your company.

Sophia Davies is on the marketing team at Bridgera LLC. She is responsible for media communications and enjoys helping people understand the importance of IoT and Big Data.