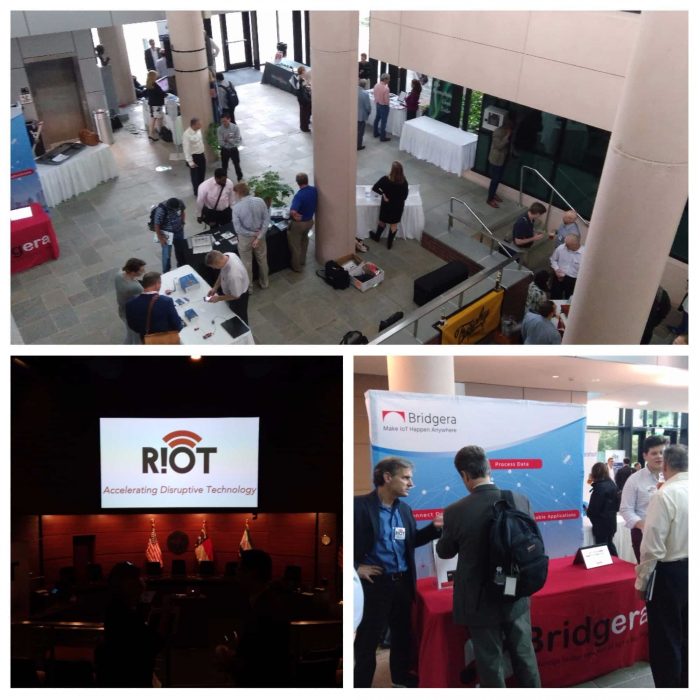 Bridgera, a leading IoT Platform provider for IoT Solutions in the Healthcare industry, was on site to answer questions about the Bridgera IoT Software and provide healthcare relevant demonstrations of its capabilities.

The event was eye-opening with respect to the insidious nature of opioid addiction. A clear theme that came out of the talks was that there is no simple answer to this problem and that data and technology, including the Internet of Things, provides the best hope for putting an end to this crisis.

The speaker lineup for the day included the Mayor as well as the Chief of Police from the town of Cary, NC who provided first-hand statistics as to how bad this problem really is. If a town like Cary, ranked by the FBI as one of the safest towns in America, has this problem, we should be concerned.

We also heard from a data scientist from SAS who described how opioid addition became an epidemic and measures that SAS is taking to tackle the problem with data. The remainder of the event focused on technological advancements that are geared to improve quality of life and ideally eliminate the need to be prescribed these highly-addictive medications.

Bridgera is proud to partner with RIoT, and we look forward to the next exciting event!