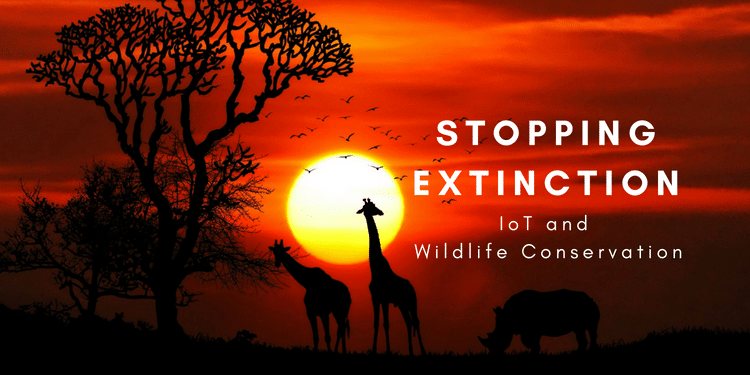 Wildlife protection agencies have adopted remote tracking technology as a conservation tool, allowing small teams to monitor and manage data from animals over a wide area. Nowhere is that effort more focused than in the regions of Africa where poaching is threatening to wipe out endangered animals including rhinos, elephants, pangolins, and lions. Thankfully, many agencies are using remote tracking tech to protect animals, providing rangers with data that helps them intercept poachers before they can get to their quarry.

Many conservation efforts elsewhere use IoT solutions to track the location of animals. But in Africa, the task of protecting rhinos is slightly different—it’s not about tracking the endangered animals, it’s about tracking the people who want to hunt them.

Elephants are also in dire need of a saving grace; Africa’s savanna elephant population declined by 144,000 elephants between 2007 and 2014. Current data shows the rate of decline of the elephant population is now eight percent per year, and ivory poachers are the main reason for that decline. 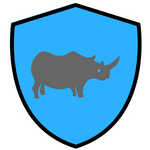 Things are even more bleak for rhinos. While the black rhino has returned from the brink of extinction in 1995, the Western Black Rhino was declared extinct in 2011. And the last male Northern White Rhino died in March 2018. Overall, rhinos in South Africa are being killed at a rate of more than three per day. If that continues, rhinos will be extinct in South Africa by 2025.

But thanks to IoT-enable remote tracking technology, there are now better ways to manage populations of these animals and intercept poachers. By connecting sensors to the cloud over low-power networks, these tech conservationists can offer essential intelligence on human activities near protected animals and help intercept poachers before they can do harm—both to the animals and the rangers guarding them.

Eye in the Sky

South Africa’s Welgevonden Game Reserve has implemented an IoT solution that tracks the behavior of other herd animals (such as zebras, impalas and gazelles). These monitors act as “sentinels,” essentially watching for variations in animal movement in response to different potential threats. This experiment tracks the movements of these collared animals by utilizing collars transmitting data via a 3G wireless network, and the effort inputs that data into an IoT system in the cloud. The analytics of the IoT platform are being trained to detect the difference in behavior in herd animals based on whether they are coming in contact with natural predators, tourists, or potential poachers.

While the experimental remote tracking system has been effective so far, it remains dependent on a connection to the cloud. And for much of Africa, Internet connectivity is not exactly guaranteed—especially in wildlife areas where it may be dependent on high-latency satellite connections or sparsely deployed cellular networks. Private wireless networks can provide a foundation for communications, but there still needs to be a back-end connection for a cloud-driven IoT solution to work.

To help boost sensor connectivity throughout the reserve, the reserve’s network is linked to a LoRa wireless wide-area network (LoRaWAN). LoRa is a long range, spread-spectrum wireless technology that uses unlicensed spectrum in the ISM bands (such as 169MHz, 433MHz, 868MHz and 915MHz). The LoRaWAN protocol, an open standard, is optimized for low-power devices, so sensors can operate off batteries for years and communicate at ranges of up to 15km. Its relatively low data rate—27 kbps—is acceptable for this use case due to the relatively low data rate of sensor telemetry (for one example: data from magnetic sensors that were buried in the ground along the perimeter to track vehicle movement). Other IoT system additions include networked thermal cameras installed along the reserve’s perimeter and fiber-optic acoustic sensors. Each vehicle that enters the reserve is also fitted with a remote tracking sensor.

Every person who enters the reserve through the gates is tracked. The biometric systems scan the fingerprints of staff, rangers, animal trackers, contractors, and suppliers. Visitors have their passports scanned. License plate cameras record the registration of every vehicle that enters, and that info is checked against a national database via a VPN connection, allowing the system to provide analytics on who owns vehicles and the history of their visits. All of the gates are linked back to a central control center with 24 video screens over the RAN.

The data gathered from the cameras and sensors are ultimately fed into remote tracking systems that generate alerts for detected activity that falls outside the norm or possibly indicates a perimeter breach. Drones can be dispatched to the site of alerts for immediate imagery, and an armed ranger team is dispatched by helicopter to intercept poachers.

Like many IoT initiatives, the investment has paid off in spades. Since 2015, there has been a reported 96 percent reduction in the number of rhinos poached off the preserve, and no rhinos were taken at all by poachers in 2017. The alert system has decreased the average ranger response time to an incursion from 30 minutes to just seven minutes. And because of the elevated response, there has been a 68 percent reduction in the number of incursions into the reserve.

Looking to the Future 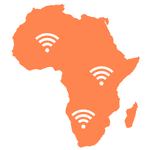 hanks to such positive results, the conservation program now aims to expand its efforts, working to bring versions of the remote tracking service to parks and reserves in Mozambique, Zambia, and Kenya. Each of these locations brings its own challenges, so technology must be adapted to the specific environment and threat for each future site. Elephants are the primary concern in Zambia and in Mozambique—where herds are being eradicated faster than anywhere else in Africa.

Things are increasingly desperate for other endangered animals as well: pangolins in Africa and Asia, tigers, a number of species of sharks, and manta rays are just a few of the endangered and threatened species targeted by poaching, illegal fishing, and animal trafficking. And this team believes that IoT systems can be used to help protect all of them through cooperation with governments and private organizations.

That’s going to require significant innovation and cooperation, however, since it will also require surveillance of human activity on a vast scale across environments that are difficult at best to observe. But until the human behaviors that drive demand for these animals are changed, anything to reduce pressure on their populations will help. If it takes a few sensors and network entry points, so be it.